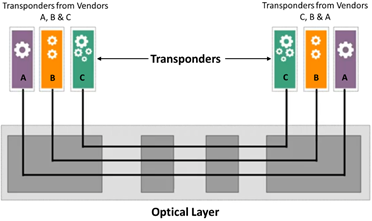 The survey revealed that service providers do embrace specific reasons for deploying open optical networking. Further, their readiness to deploy is reflected in:

Reasons for Transforming the Network to an Open Model
Faster Innovation
The survey respondents agreed that the greatest benefit they would gain from open optical networking is its support of faster innovation cycles, which allows quicker adoption of technological advances as they occur as compared to using closed systems. This concept of rapid innovation in optical networking is not merely hypothetical. The industry is currently experiencing the emergence of two advances that are greatly facilitated by open optical networking, 400G coherent optical pluggable modules and 800G coherent transponder technology.

400ZR Coherent Optical Pluggable Modules
Service providers and optical networking vendors, through the Optical Internetworking Forum, developed the 400ZR coherent optical interface to be used on 400 Gb/s transponders with the same form factor as the emerging 400G high-density QSFP-DD and OSFP pluggable modules used in the latest generation of routers and switches. A critical feature of 400ZR is its support for multivendor interoperability because the interconnection of routers and switches from competing vendors is common, and the switch or router vendor will often be the source of the pluggable modules for its product.

Because of the aforementioned savings provided by coherent optical pluggable modules, this solution has generated intense interest among service providers. Accordingly, the online survey picked up this interest among the respondents: 59% of the respondents reported that they have either deployed or will have deployed 400ZR by the end of 2021. The percentage of respondents that anticipate the initial deployment of 400ZR by the end of 2022 rose to 87%. 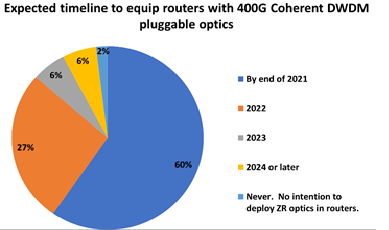 400ZR+ Coherent Optical Pluggable Modules
Optical system and component vendors have also designed equivalently sized 400G coherent optical modules, often called 400ZR+, that overcome some of the limitations of 400ZR modules. The 400ZR+ modules have a significantly greater reach than 400ZR, and they can be used across ROADM connections (whereas 400ZR cannot). Some optical vendors and service providers have used these less-restrictive modules in trials or proof of concept settings3. Although some of these trials are based on the vendor’s proprietary technology to extend the module’s reach without increasing its power, some Multi-Source Agreement (MSA) groups, such as the Open ZR+ MSA group, are developing specifications to overcome the 400ZR limitations. In this blog, any 400G coherent optical modules that overcome the 400ZR limitations are referred to as 400ZR+.

The 400ZR+ coherent optical pluggable module is proving to be nearly as popular as the 400ZR: 48% of respondents anticipate deploying 400ZR+ by the end of 2021, and the percentage that expect to begin deployment by the end of 2022 is 81%. Some vendors have a greater interest in 400ZR+ than 400ZR because the 400ZR limitations restrict (in some cases, prevent) its use in their networks. 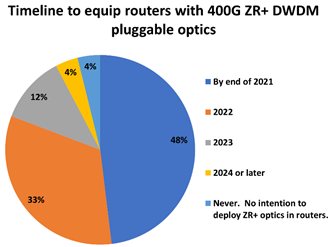 800G Coherent Optical Technology
The demand for optical network systems that offer 800 Gb/s coherent optical channels is another use case for open optical networking. The commercial availability of this technology is relatively recent; there are still only a limited number of vendors offering 800G capable systems. However, because the primary 800G technology is based in the transponders (rather than in the optical line systems), an open optical line system would enable a service provider to select a transponder vendor that offered 800G even if it was a different vendor than the service provider’s line system vendor. 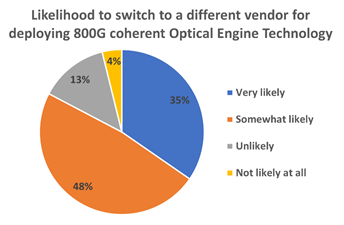 Figure 3. Likelihood of Switching to a Different Vendor for Deploying 800G Coherent Technology

Evidence of an Imminent Transition to Open Optical Networking
Current Open Optical Network Capabilities
The initial form of open optical networking, support of alien wavelengths, has already been deployed by a significant portion of the service providers. Just over half of the online survey’s respondents indicated that between 40% and (up to) 100% their networks currently provide this version of open optical networking.

This large portion of the service providers that have begun to deploy optical network systems that support alien wavelengths suggests that the open optical design methodology has already achieved broad acceptance, suggesting that further open optical network deployments are likely. 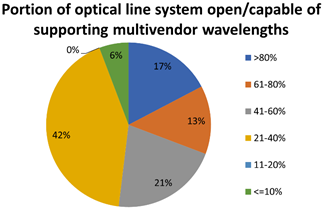 Figure 4. Portion of Respondents Indicating Current Degree of Penetration of Their Networks with Alien Wavelength Capability 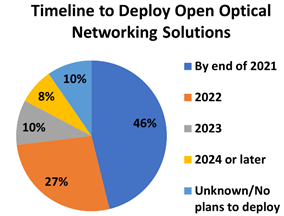 Online survey respondents and the interview respondents indicated that their traffic growth is increasing optical network demand by 40% to 70% annually. If network growth were modest, few new optical line systems would be deployed as service providers would be motivated to fill up existing lines with wavelengths before deploying the next optical line. Even when the next optical line system is deployed, the benefit of the new system is realized only as fast as new wavelengths on it are filled, postponing the benefit. Traffic could be moved off the old optical line system(s) to the new in order to retrofit the original systems, but such transitions are slow, risk service interruptions, and are expensive.
However, since traffic growth is great, the service provider can deploy and fill new open optical line systems rapidly, quickly gaining the benefits of open optical networking. Over time, network churn will decrease the fill of the old optical systems, ultimately leading to a less costly retrofit.

In the next installment of this blog, I will take a look at the reasons that this popularity of open optical networking does not necessarily extend to all service providers; it varies with the service provider type.

2. An alien wavelength is an optical signal between transponders sourced from a different vendor than that of the optical line system.

3. For example, as announced in the press release NeoPhotonics Announces Demonstration of 400 Gbps Transmission Over 800km in a 75GHz-spaced DWDM System by Its QSFP-DD Pluggable Coherent Module

PAM-4 or Coherent DWDM for DCI?

If It’s a 400G World, Transport Architecture Is in for a Change

This year is ushering in a change in the capacity of Dense Wavelength Division Multiplexing (DWDM) platforms going into the network.