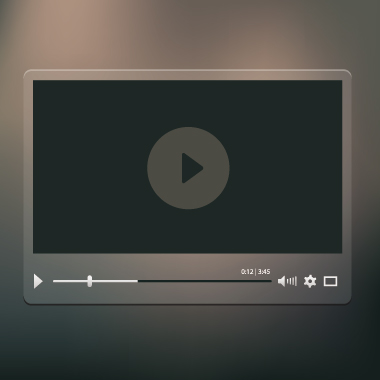 Analog over the air, on-demand and OTT experience are pushing vendors to evolve video technology and develop more sophisticated and viable business models

The first successfully demonstrated simple electronic television designed by Philo Taylor Farnsworth in 1927 transmitted a simple line. Philo T. Farnsworth, Vladimir Zworykin, C. Harles Jenkins and John Baird all made important contribution to this invention and contributed to what finally became television as we know it now, and which has helped spawn the huge video industry.

Back in time: TV history In 1950 only nine percent of U.S. households owned a TV, but by 1960 87 percent owned one! Today, according to Nielsen, the number of TV households in the United States from 2010 to 2011 was estimated at 115.9 million and the average house has at least two televisions per household.

In the 1950s the delivery method for content was over the air or terrestrial television in which the signal was transmitted by radio waves to the TV receiver from a television station, and received with an antenna. Viewers received significant benefit from this deliver method as content was easily accessible for the public. Using the antennas on the television, viewers would literally pull the signal out of the air. However, because the content was delivered over the air, there were distance limitations. An antenna could only transmit a signal so far, and if one was not within that range, one could not get the signal. Another limitation was that there was no way to institute a pay for access model. As the signals were being transmitted freely over the air, anyone with a reception antenna could view the signal.

Next step in the evolution was the advent of cable television which delivered the video content to individual homes using coaxial cable. Large antennas were erected and coaxial cable ran from the antenna to individual homes. In coaxial cable transport, quality does not significantly deteriorate over distance, this delivery method also offered the ability for broadcasters and cable companies to create a subscription based model.

Then came satellite television, which delivered the video content to individual homes using signals relayed from communication satellites. The signals were received by satellite dish which was then fed from the reception dish to inside the home through a coaxial cable. A satellite receiver, either a set-top box or a built-in TV tuner then decoded the program for viewing on a television set. In 1984 digital video was invented and like OTA used radio frequencies to deliver video through the air. This technology allowed providers to compress video channels so that they take up less frequency space and offered two-way communication capabilities.

The most recent development is IPTV (live television, time-shifted television and VOD) which uses Internet Protocol for the delivery of video. This involves using hardware or software to encode the video and audio signals into an acceptable IP format that is then streamed in one direction or in a two-way scenario to provide users with interactive television. This development offers two advantages: Interactive ability where viewers can determine exactly what content they want to view and when and convenience. With wireless Internet and streaming capabilities, viewers can watch video content from their TV, laptops, tablets, and even their phones.

In IPTV, the subscribers have set-top boxes or other customer-premises equipment that talks directly over company-owned or dedicated leased lines with central-office servers. Packets never travel over the public Internet, so the television provider can guarantee enough local bandwidth for each customer's needs.

Shifting tide Access on any device anywhere has prompted a shift from watching shows on TV to watching content on multiple devices. Additionally, high subscription costs, poor service, and the dismissive behavior from call centers are increasing the migration away from traditional cable services. Over-the-top content—film and TV services delivered directly over the internet to connected devices—has become a key part of the evolution of Video. Many consumers are opting to become “cord cutters” or are “cord nevers,” a generation raised on social media and Netflix that are used to any content, any time, on any device.

So how did OTT service become so enticing? • Convenience: Anytime anywhere consumption • Control: To choose what ,when and how to watch • Content: Availability of large existing content libraries, ability to watch certain TV shows & whole seasons

Where do we go from here? The industry is on the cusp of the next major evolutionary phase in visual entertainment People are switching from traditional cable companies to watching videos online on their mobile phones, or through streaming services such as Netflix, Hulu, etc. Cord-cutting has grown by 44 percent in the past four years, with 7.6 million households using high-speed Internet for streaming or downloading videos instead of traditional cable or satellite television. The OTT market, already showing huge consumer uptake is expected to increase fourfold by 2019.